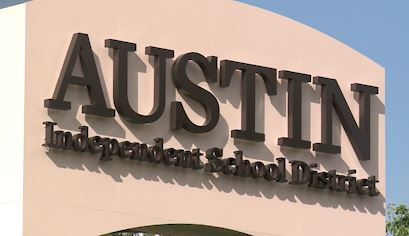 AUSTIN (KXAN) — Thousands of students will return to Austin Independent School District classrooms on Tuesday, but many will enter classrooms without fully functioning air conditioning.

District maintenance officials say they are sorting through as many service requests as possible, however, approximately 60 classrooms will be deployed with temporary cooling units. These devices work similarly to residential window fans, pumping hot air outdoors and replacing it with artificial cool air.

“It doesn’t feel overwhelming until this last week before school,” said Zack Pearce, the Austin ISD Director of Project Management. “We want to make sure that all the kids come back to class and they have a nice cool building to come back to.”

District officials say they are working to expedite all existing maintenance requests, but that some classrooms will be forced to use the temporary coolers. Other teachers told KXAN they have been removed from their classrooms temporarily and provided a different classroom with functioning air conditioning.

While this solution provides comfort from extreme temperatures, the teachers say it’s less than ideal considering students will be forced to work in an unfamiliar space.

Other teachers say they have been waiting on properly functioning air conditioning for over a year. Kristi Mellerski, who works at O. Henry Middle School, said she has seen maintenance teams come and go from her classroom for a year and a half, but still has no A/C.

She’s resorted to using an oversized industrial fan to keep air circulating in her classroom.

“It was 85 degrees [inside my classroom] when I came this morning,” Mellerski said. “I know my principal is trying to stay on top of it. I know last year I had multiple crews in here trying to fix it. I just don’t know why it can’t be fixed.”

Both current and former teachers said it feels as if there is too much bureaucracy required when a maintenance request is put in, leading to long wait times as the request filters through various levels of administrators.

“It’s a joke. [When you put in] a work order at the district level, you know, as an employee, that it will take weeks or months,” said former AISD librarian Amanda Braziel-Holleman. “It’s not surprising, but it is disappointing that we are starting the school year without air conditioning in so many classrooms.”

Pearce said maintenance will be streamlined this year thanks to a new system and team of employees designated to prioritize incoming work requests and filter them to the appropriate personnel. Pearce said he’s already seen improvement in the way these tasks are delegated.

“It’s amazing how a program and a team of folks to man that program have helped the efficiency on the maintenance side,” Pearce said.

Pearce asked for patience and grace from any teachers, students or families who may be frustrated with what seems like a lack of progress in addressing work orders.

“Hang in there. We see you and we know what your issues are and we are getting to you as quickly as we can,” Pearce said.