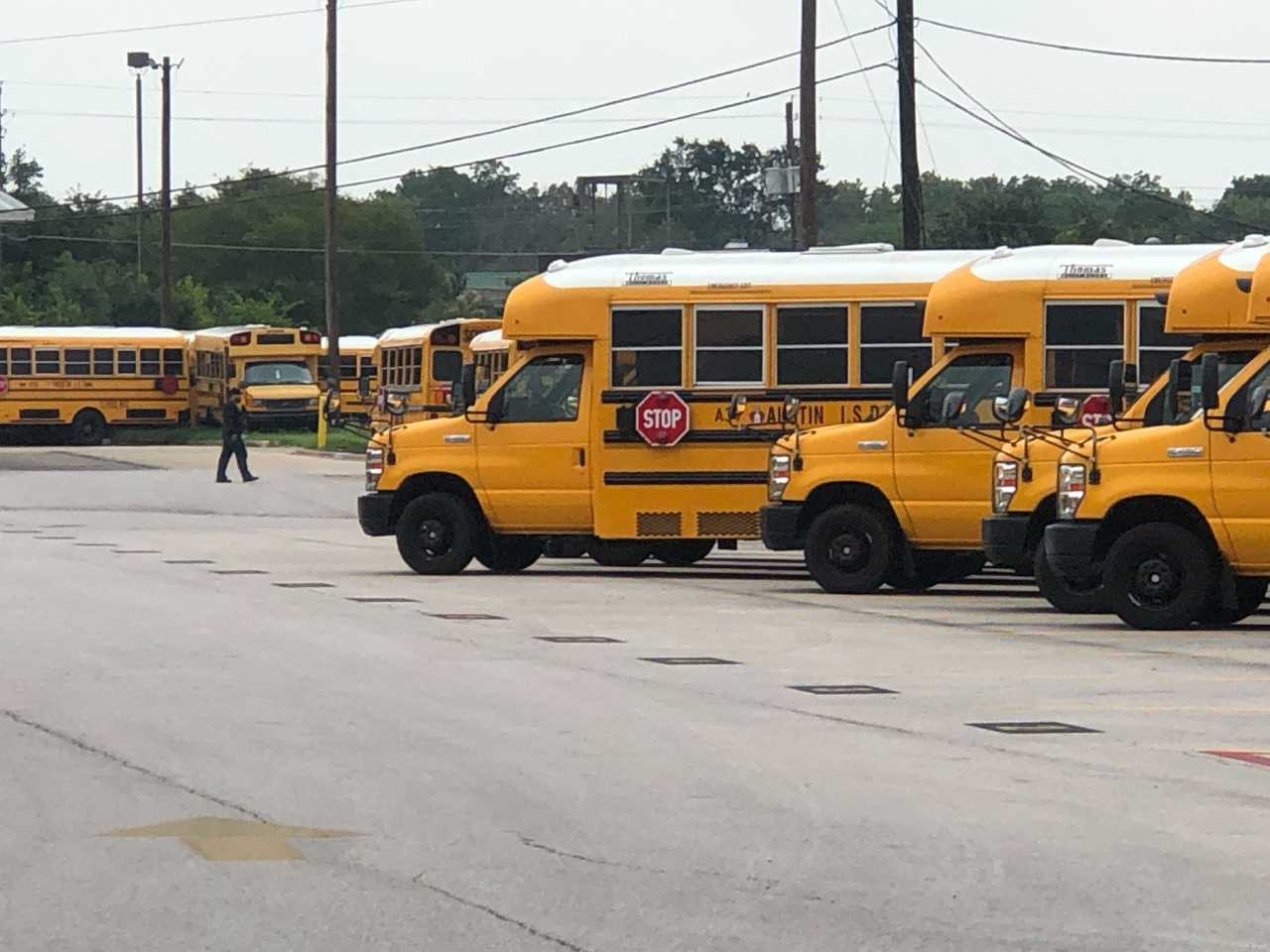 AUSTIN (KXAN) — Two weeks into the school year, and during one of the hottest months of the year, some Austin classrooms are still without fully functioning air conditioning.

Austin Independent School District officials put out a notice to students and staff, alerting them that relief from the heat would be on the way “soon,” as their crews work to repair aging HVAC systems — primarily in older school buildings.

KXAN first reported on the problem in mid-August, before students were back in the buildings and when AISD facilities managers were installing temporary cooling units to affected classrooms.

University of Texas experts said supply chain problems in the heating and cooling industry are the latest fallout from the COVID-19 pandemic.

Anderson said there were three main reasons these parts are in short supply.

“Anything that has to do with moving stuff is in short supply,” he said. “That’s taking a couple months longer than normal.”

Anderson noted that February’s winter storm also had an effect, since Texas is one of the biggest centers of semiconductor chip production in the United States — a key piece of many HVAC systems.

“That knocked out most of our semiconductor plants for at least a month,” he explained. “But it wasn’t just that: turns out a lot of plastic is made in Texas — including plastic that’s used in air conditioners.”

He said commercial and industrial contractors are seeing longer wait-times, as the industry prioritizes residential customers. Anderson estimates the supply chain will recalibrate, but likely not until next fall.

Jennifer Mezas was one of several Bowie High School parents who reached out to report air conditioning problems at the south Austin campus last week.

“Heat anyway makes you irritable sometimes. You get a little headache; you just don’t feel yourself,” she said, worried about students and teachers.

“It’s just not great. It’s not an ideal learning situation.”

A spokesperson for the district told KXAN that a chiller went offline, leaving several classrooms without air. Their facilities team has verified that most of the classrooms are now cooling, but work continues on at least six classrooms.

“Temporary coolers were installed and will remain on site as back up,” a district representative said.

Mezas and the other parents also reported that the boy’s restrooms on the first and second floor of the high school were closed. She said that was her “bigger concern.”

After getting a call from the head of the district’s maintenance division, however, her mind is more at ease.

“I went from angry and frustrated to: ‘Oh, okay. Now we can work together, let’s see,” she said. “We are all on the same team: we want kids to be successful always, first and foremost — and safe.”

She’s in her first year as a parent in the district, but she remembers HVAC issues being a problem years ago when she worked as a teacher. She said she wonders why these problems are persisting.

Bowie High School was one of dozens of campuses undergoing renovations and remodeling, dictated by the Facility Master Plan. The 25-year roadmap stems from a $1 billion bond investment, passed by voters in 2017.

The plan reads, “The District’s building stock is aging and suffering from an increasingly severe deterioration of conditions, despite AISD’s efforts to address deferred maintenance and perform capital replacements and upgrades. Moreover, regardless of their condition, most of the District’s school facilities are not designed to support emerging models of 21st-century education. Meanwhile, the changing demographics of the city are greatly affecting enrollment patterns.”

Bowie was scheduled for “full modernization,” along with 62 other campuses. 38 campuses were slated for renovations. Three schools were recommended for replacement.

A note in the Facility Master Plan recommends that HVAC system updates happen in the first phase of its rollout, over the first six years.

AISD has taken some steps to update this plan, which could include another bond election in November 2022.